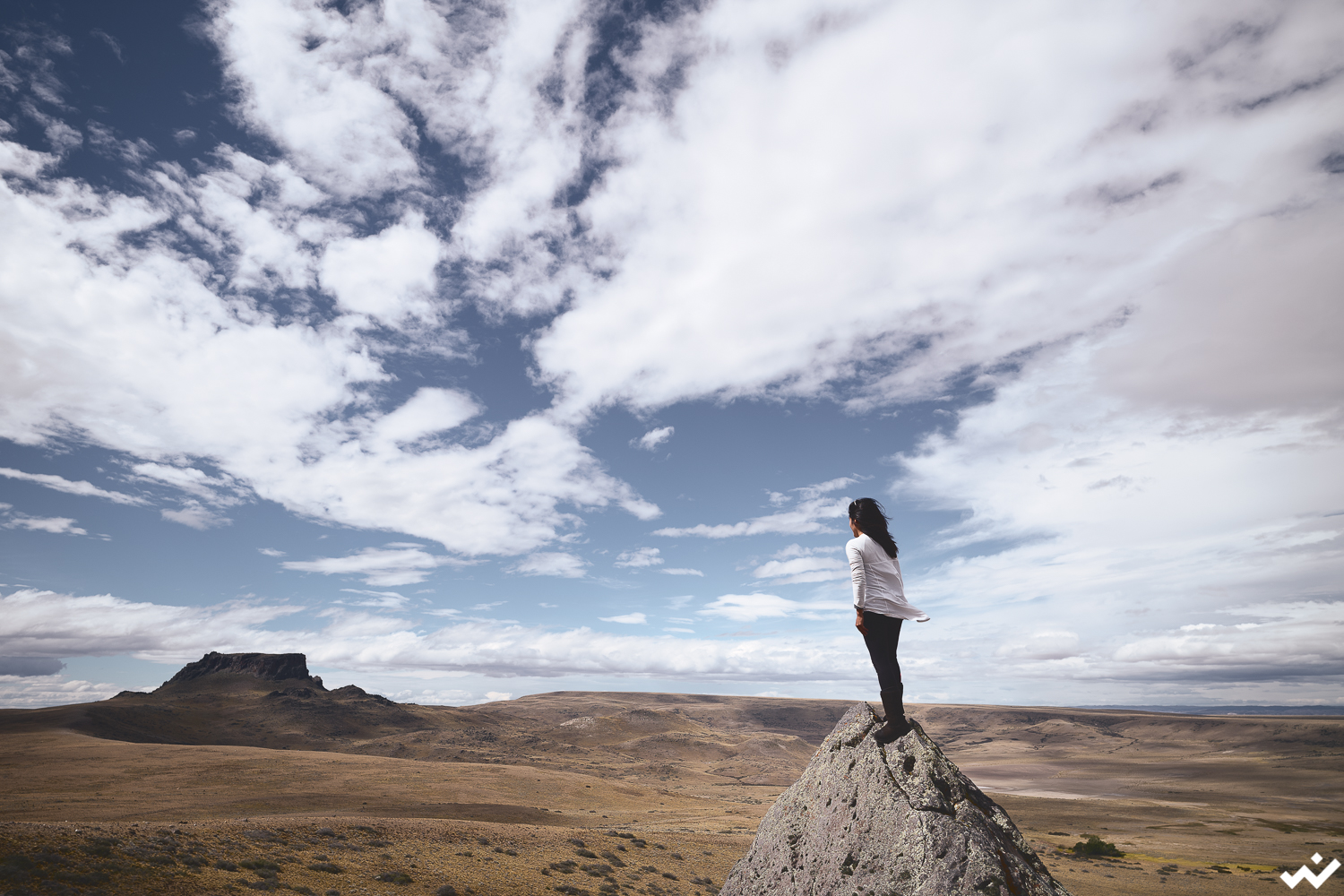 Distributed over 17 degrees of latitude there is an amazing diversity of flora, fauna and geological formations. And all of this is accompanied by every imaginable type of weather. Within minutes the temperature can drop from 25 to 15 degrees centigrade, the sun disappears behind dark clouds, and suddenly there are high winds and rain – and five minutes later it’s as if nothing has happened. The sun is back, a rainbow appears in the sky and the sun is again burning down on you. The only thing that always stays is the wind. All of that along one road. Ruta 40. More than 5000 kilometers of asphalt, gravel or whatever is left of it.

But let’s start at the beginning. Initially it was quite a green affair in the Parque Nacional Nahuel Huapi and by far not as epic as we had imagined. We had obviously spent some time thinking and reading about our route and what we wanted to see on the way. Everyone tells you that the Ruta de los Siete Lagos (Seven Lakes Road) is absolutely amazing and therefore we decided to go and look. But as we are spoilt globetrotters, we are not easily impressed. It was pretty – yes, but just pretty. 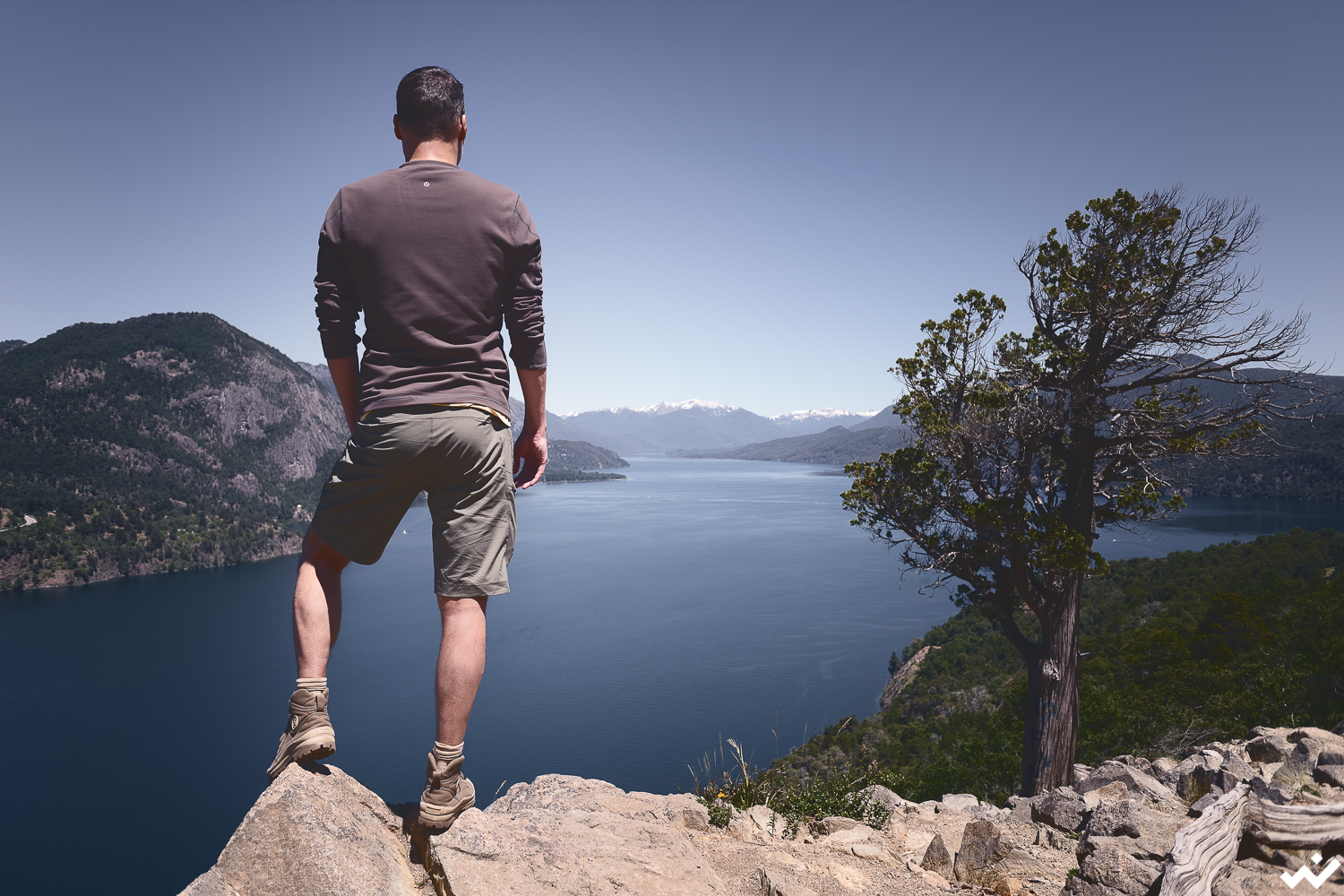 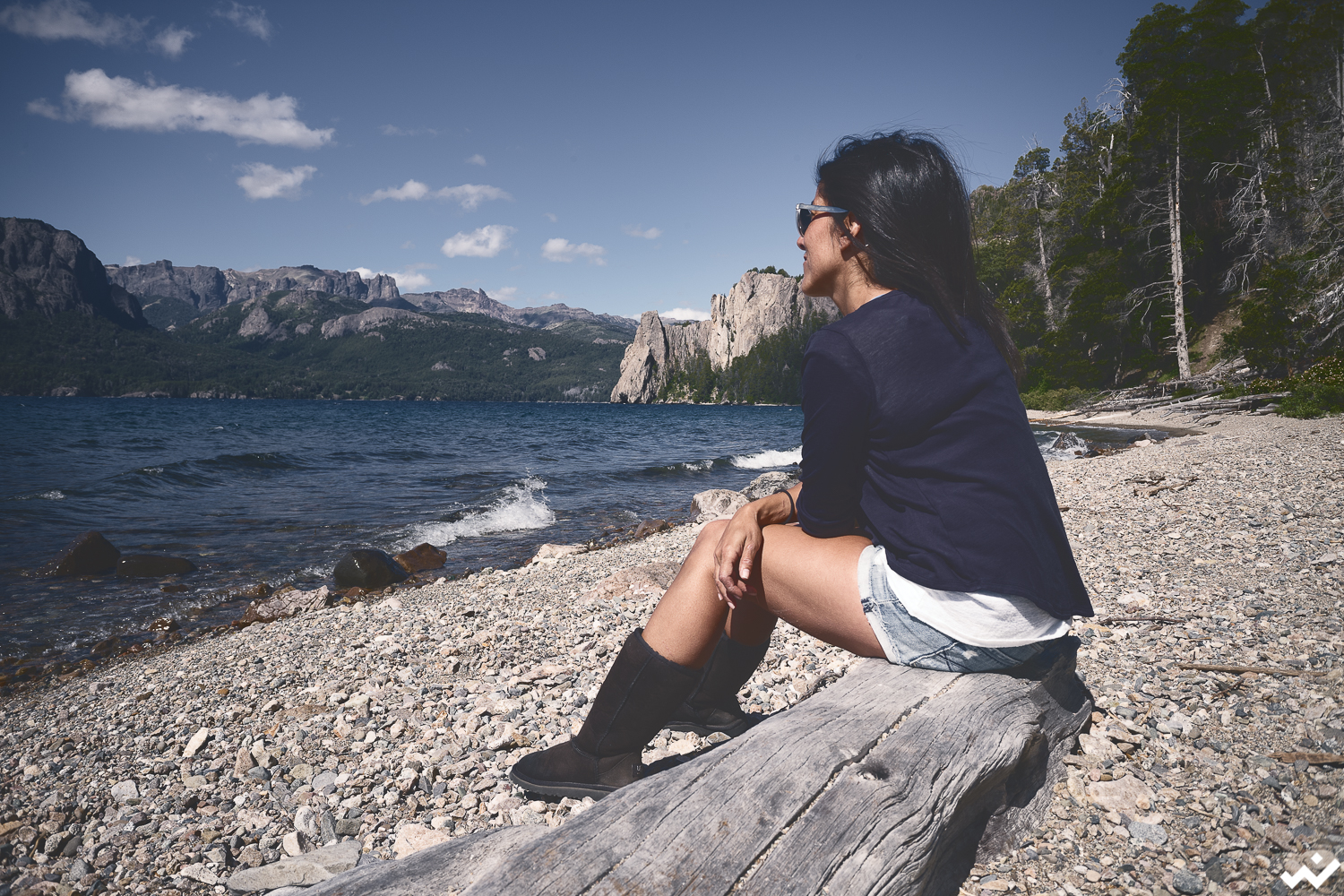 There also was a river that offered the water the choice whether to flow into the Pacific or the Atlantic. Cute. I am not so sure though whether the water really knows what it is getting into. Is the river the water or is the riverbed the river? Chicken or egg? 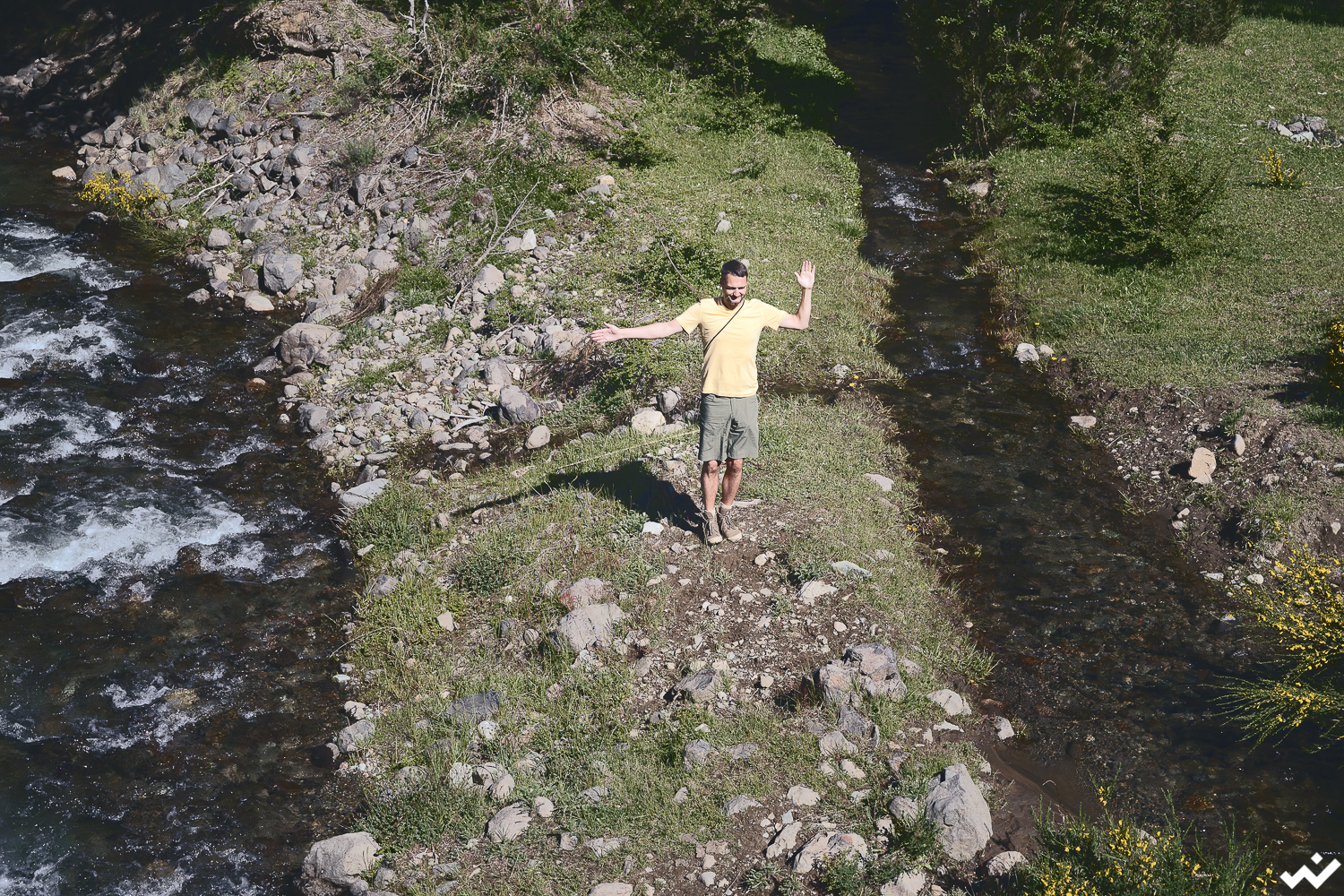 Slowly but surely it turned a little bit more epic. In the distance we could see proper mountains and the green was accompanied by the patagonian cypress also called alerce. One of of only two species of trees protected by the Washington Convention on Trade in Endangered Species. We were impressed. 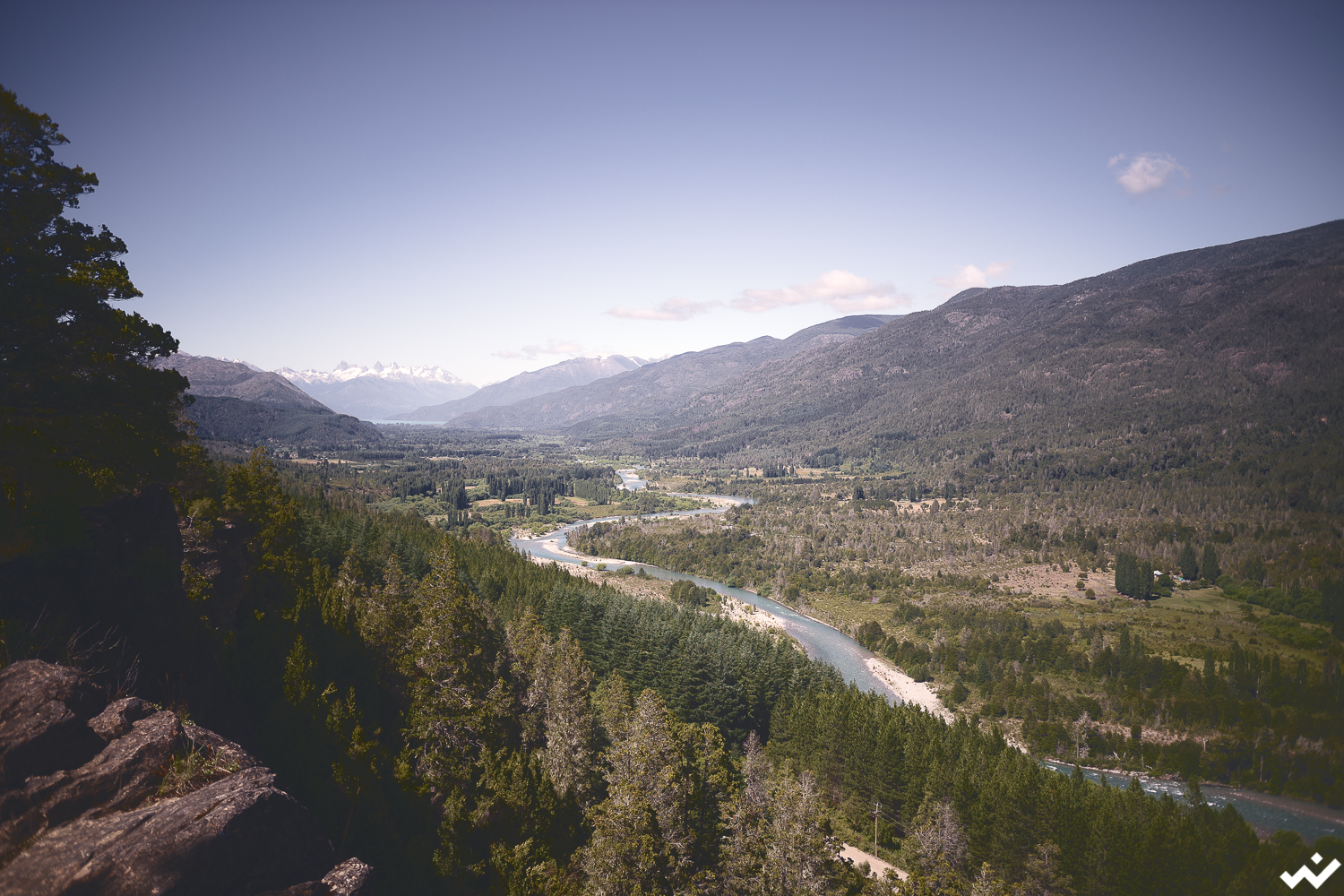 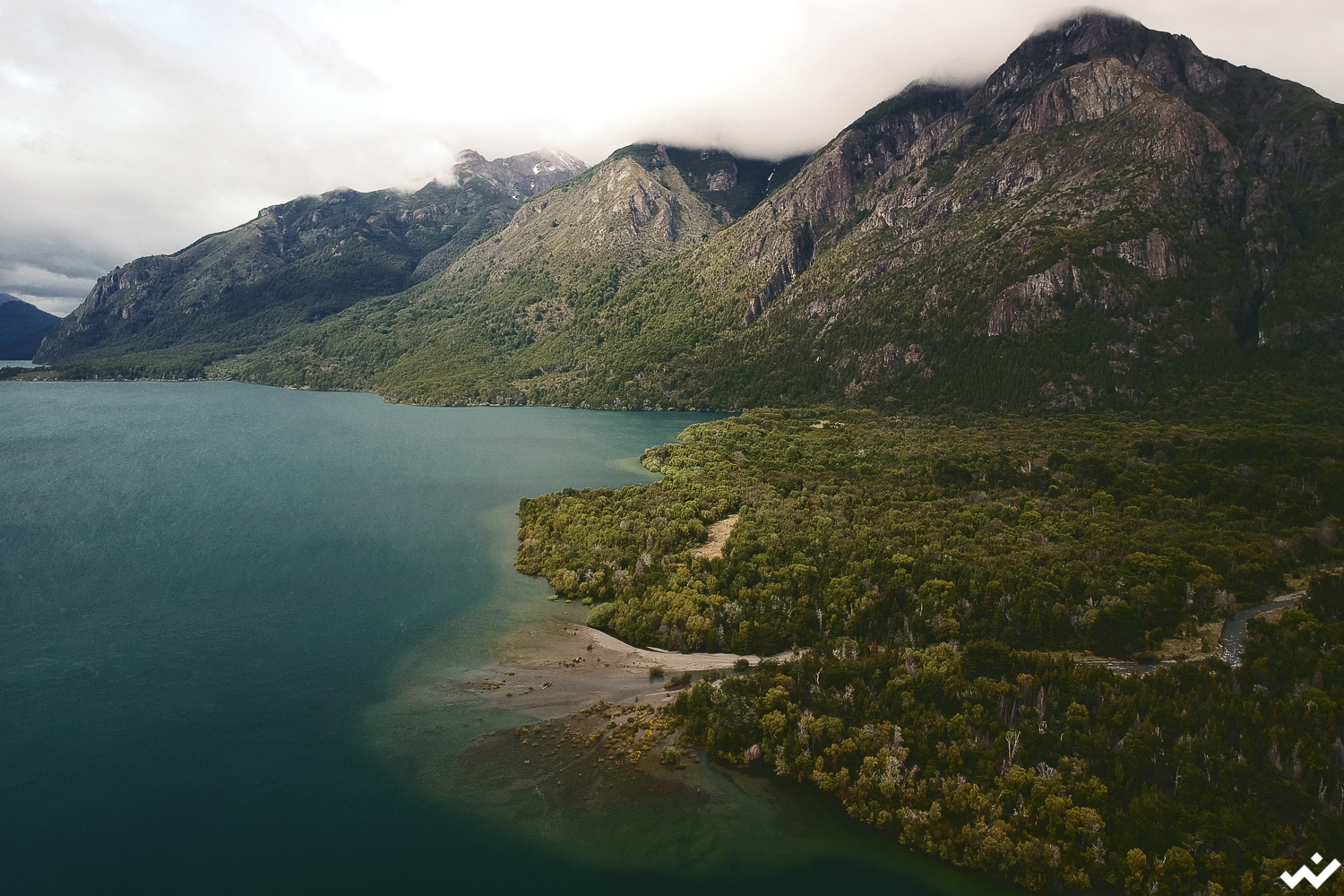 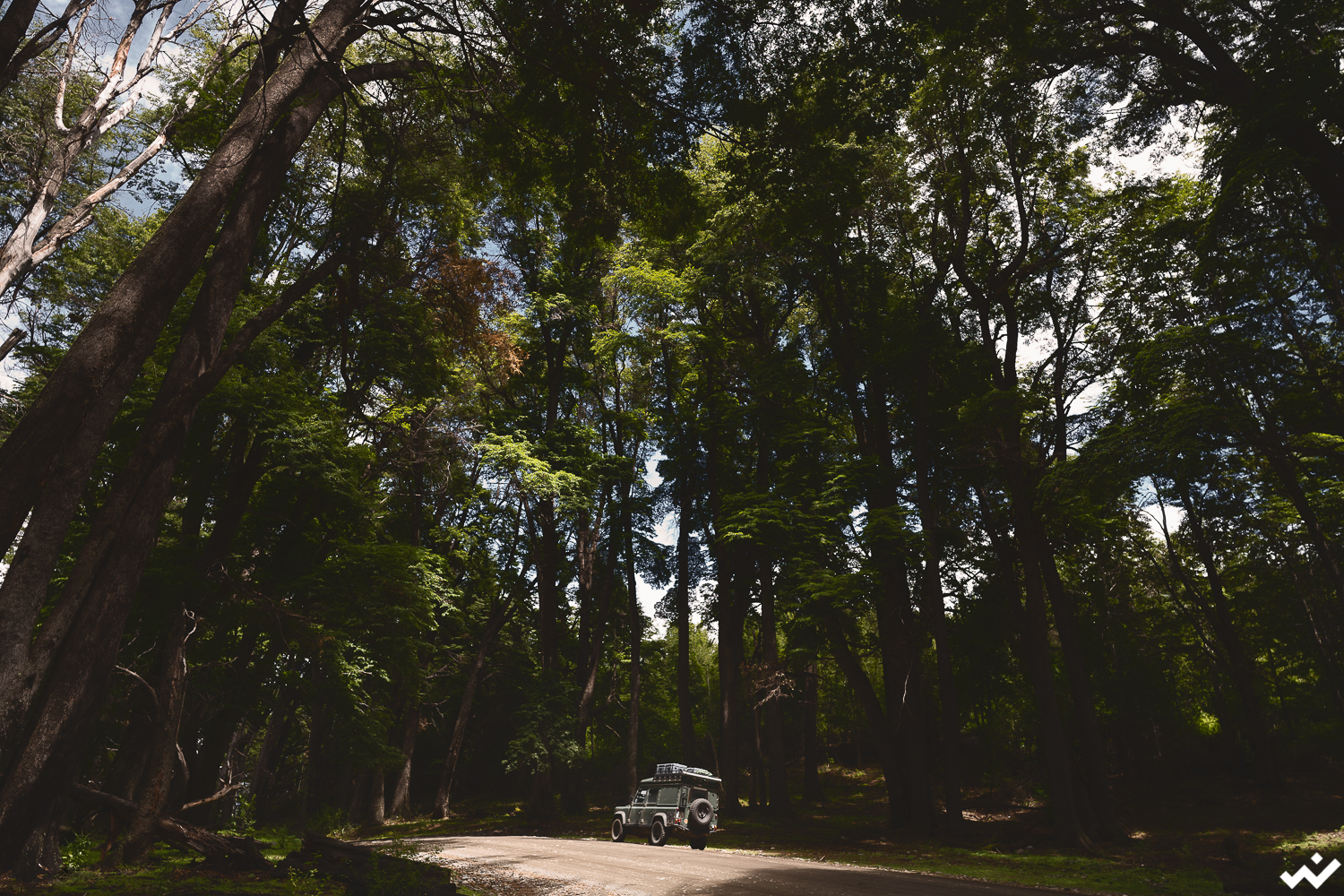 After our little detour into the Parque Nacional Los Alerces, we returned to the Ruta 40 and quite suddenly it turned really epic. Suddenly all the people disappeared and the landscape was one big open space. The asphalt turned into asphalt with potholes, then into potholes with asphalt and then at some point we finally found ourselves on gravel. 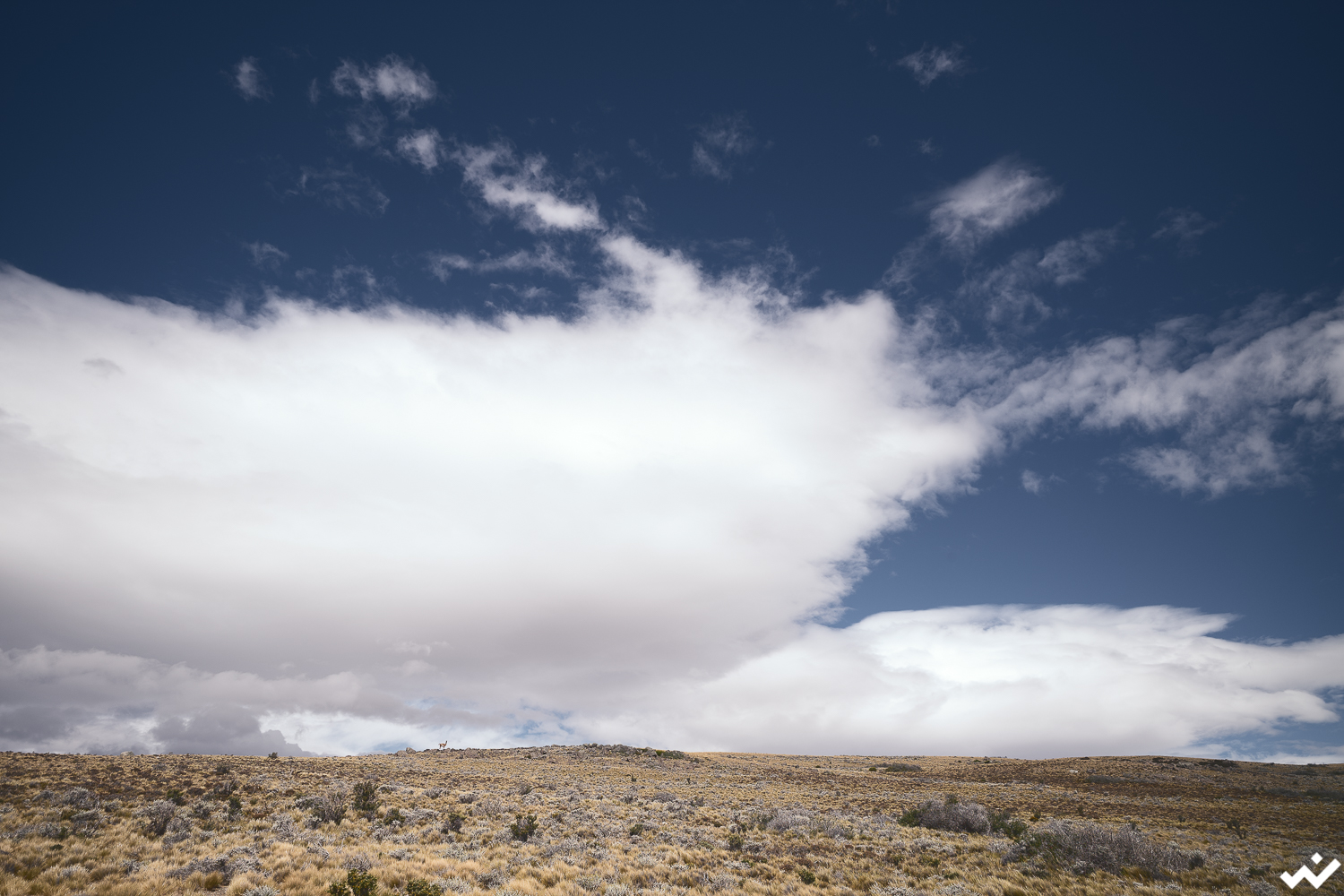 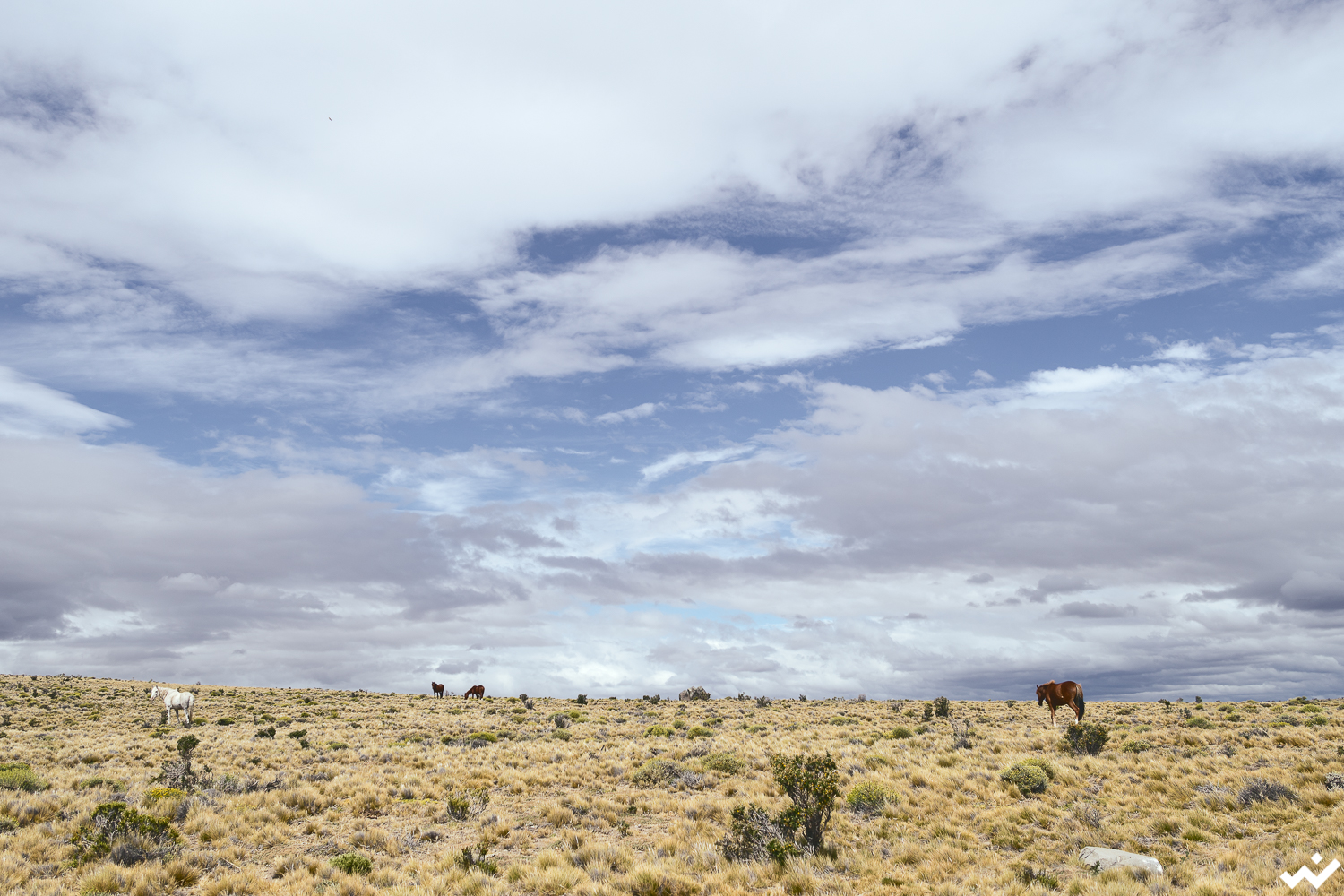 When approaching the Cueva de los Manos in this wilderness, suddenly a green valley appeared and we were really amazed. World heritage. The first handprints are roughly 12,500 years old and so they were created just a couple of thousand years after the South American continent was first populated by human beings. We initially were not sure whether it would be worth visiting the caves but then we were really happy that we went and took the detour. Not only because of the Ruta 41 leading to and from the caves but also because of the loving presentation and effort put into preserving the caves. A special place where our ancestors lived for thousands of years and perpetuated themselves. Quite special, you can feel it. 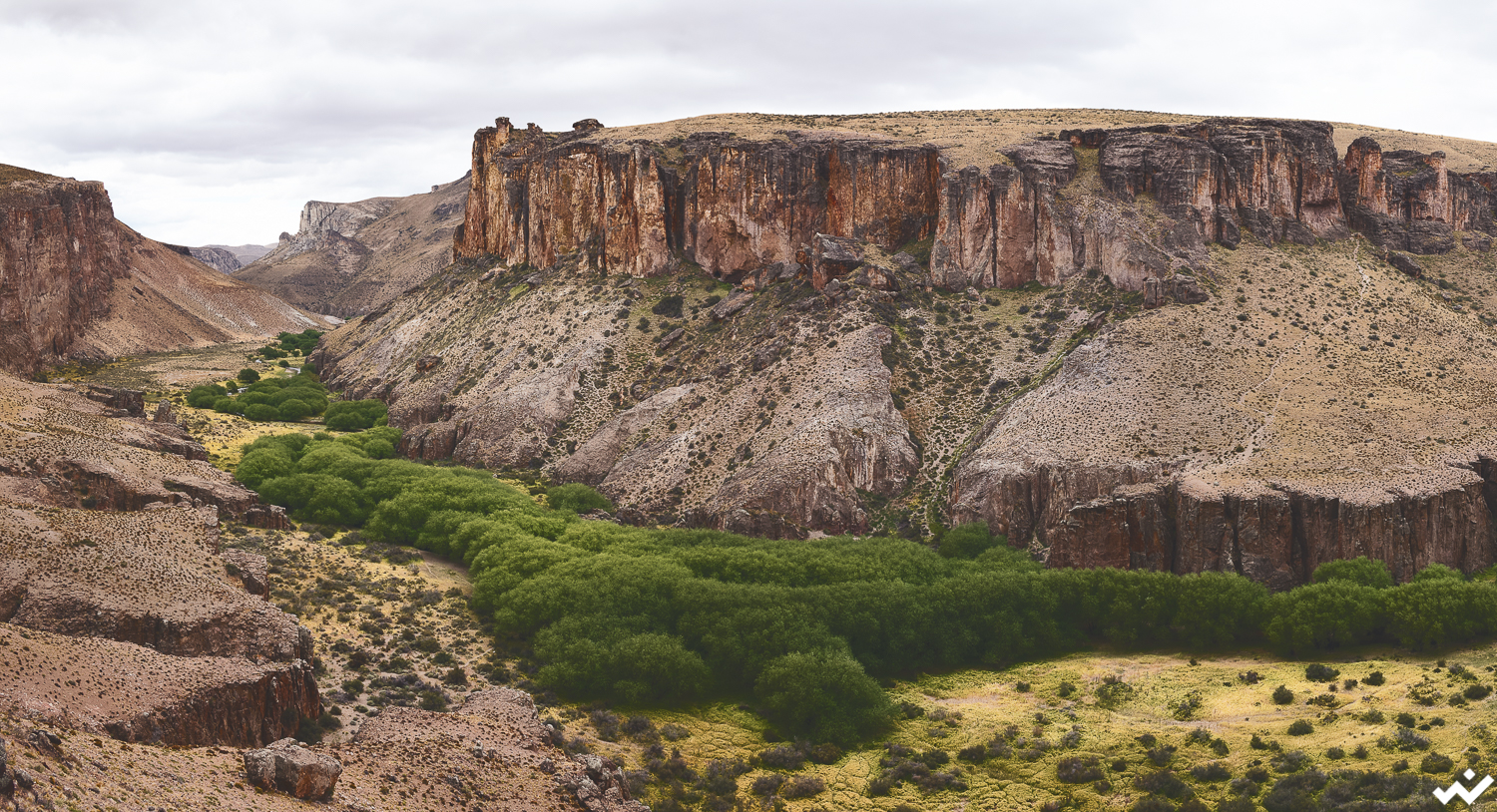 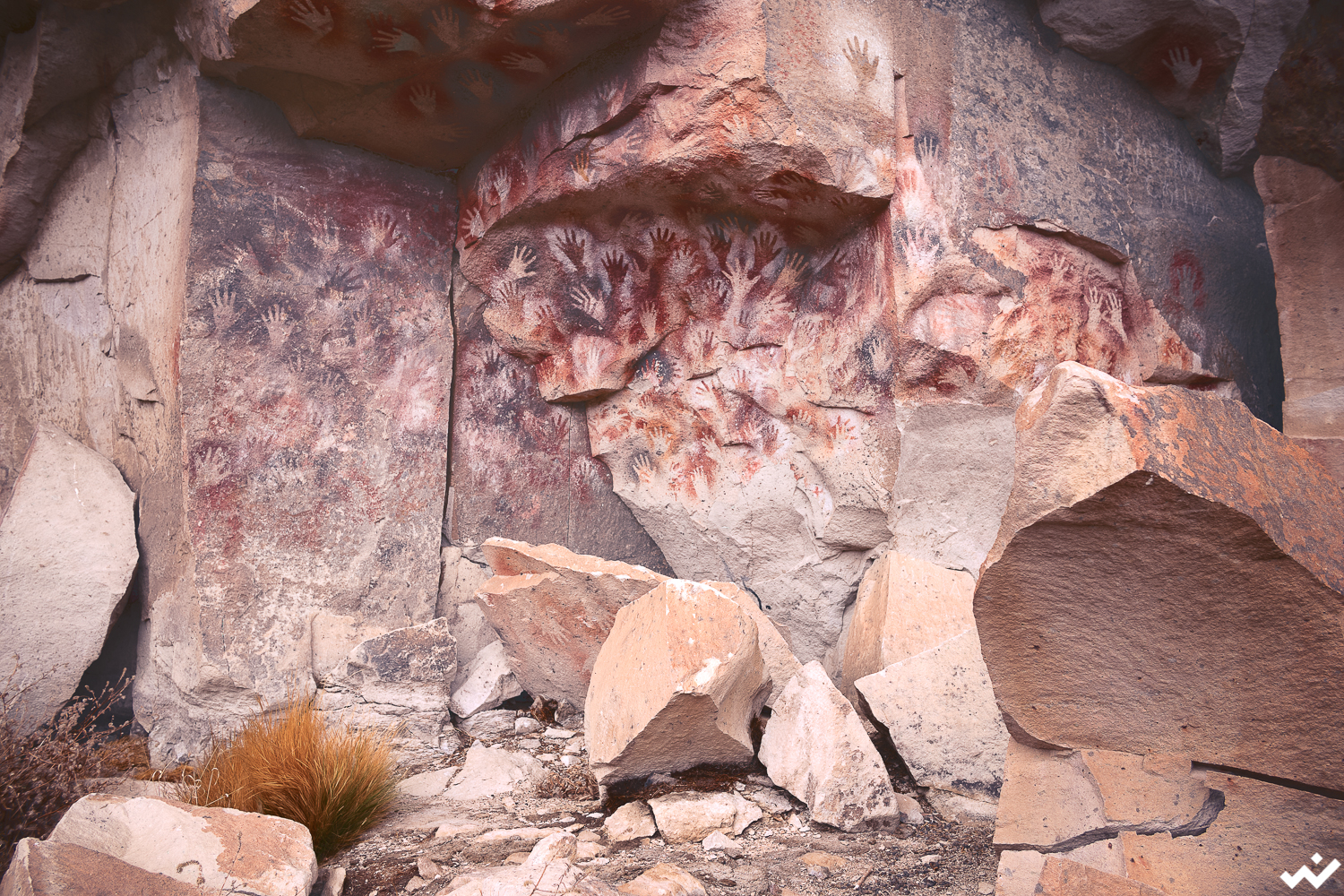 When the sun started sinking, which happens very slowly down here in the south, we were taking a shortcut via Ruta 29 and the steppe was illuminated by yellow light, the world and we within it felt nearly perfect. Hardly anything is more satisfying for us than this mood, this light. While driving through the wilderness with Humphrey, caressed by the warm wind, we stop, get out of the car, do not hear anything but the wind and are all alone in nature. That’s just amazing, wild, peaceful. 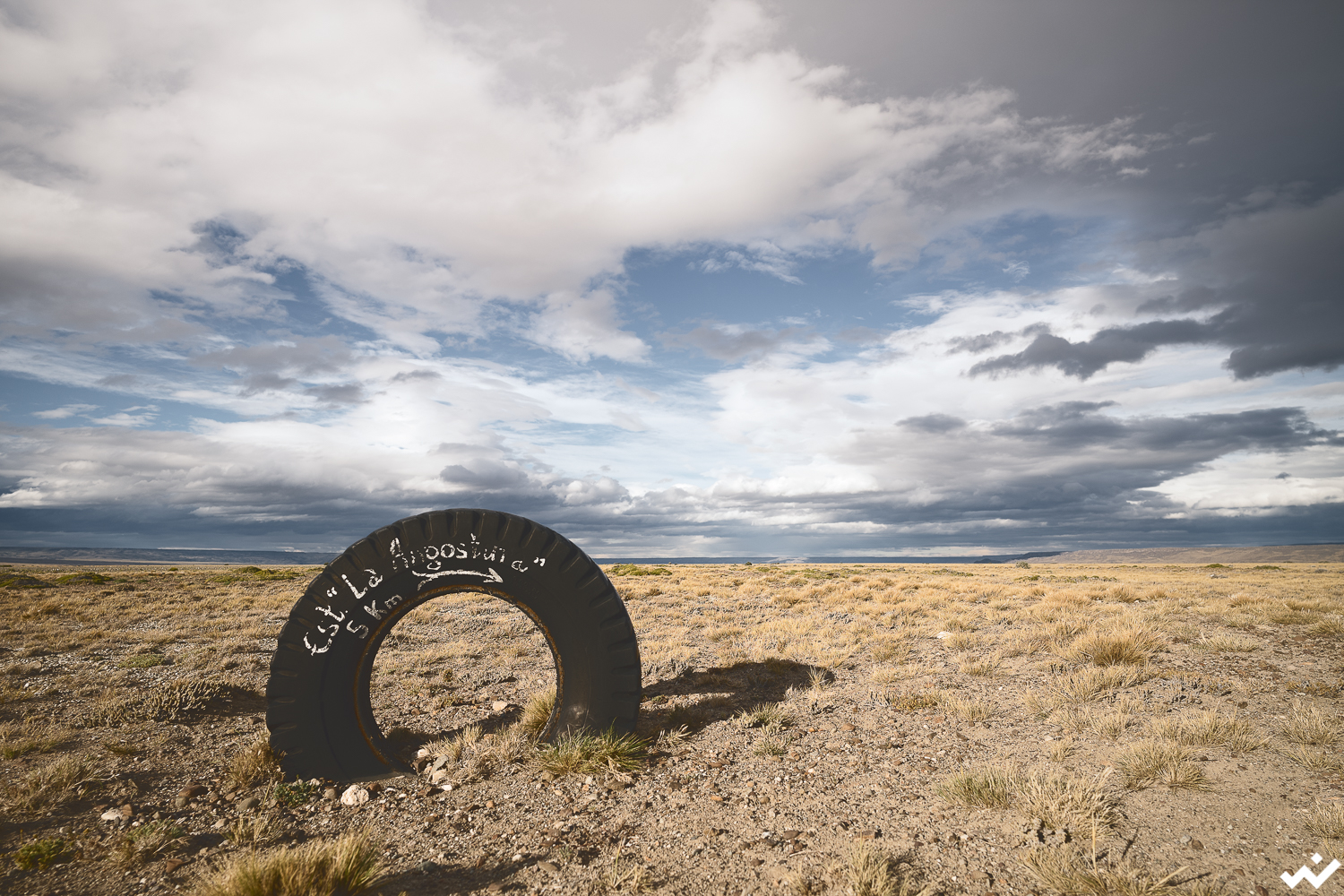 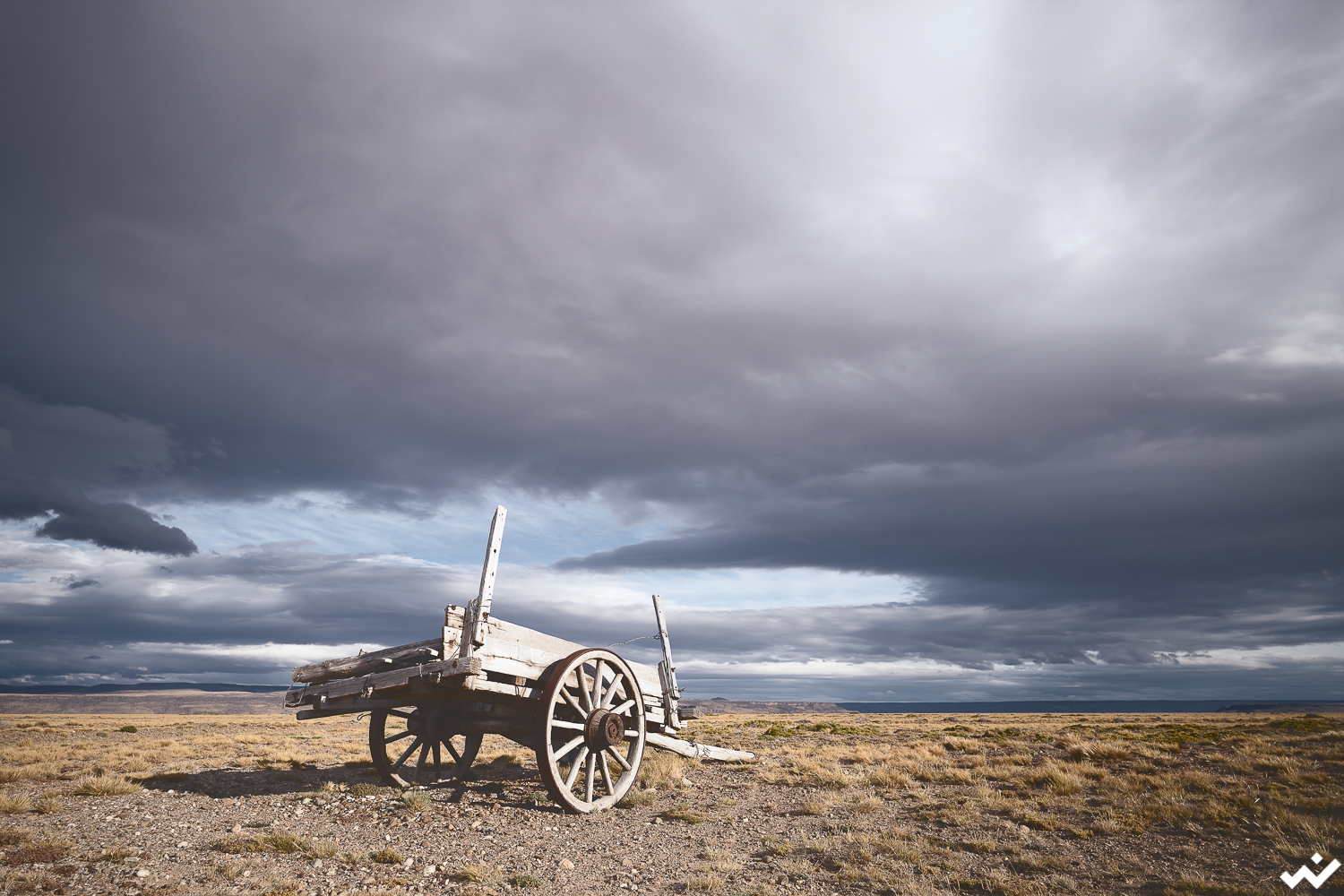 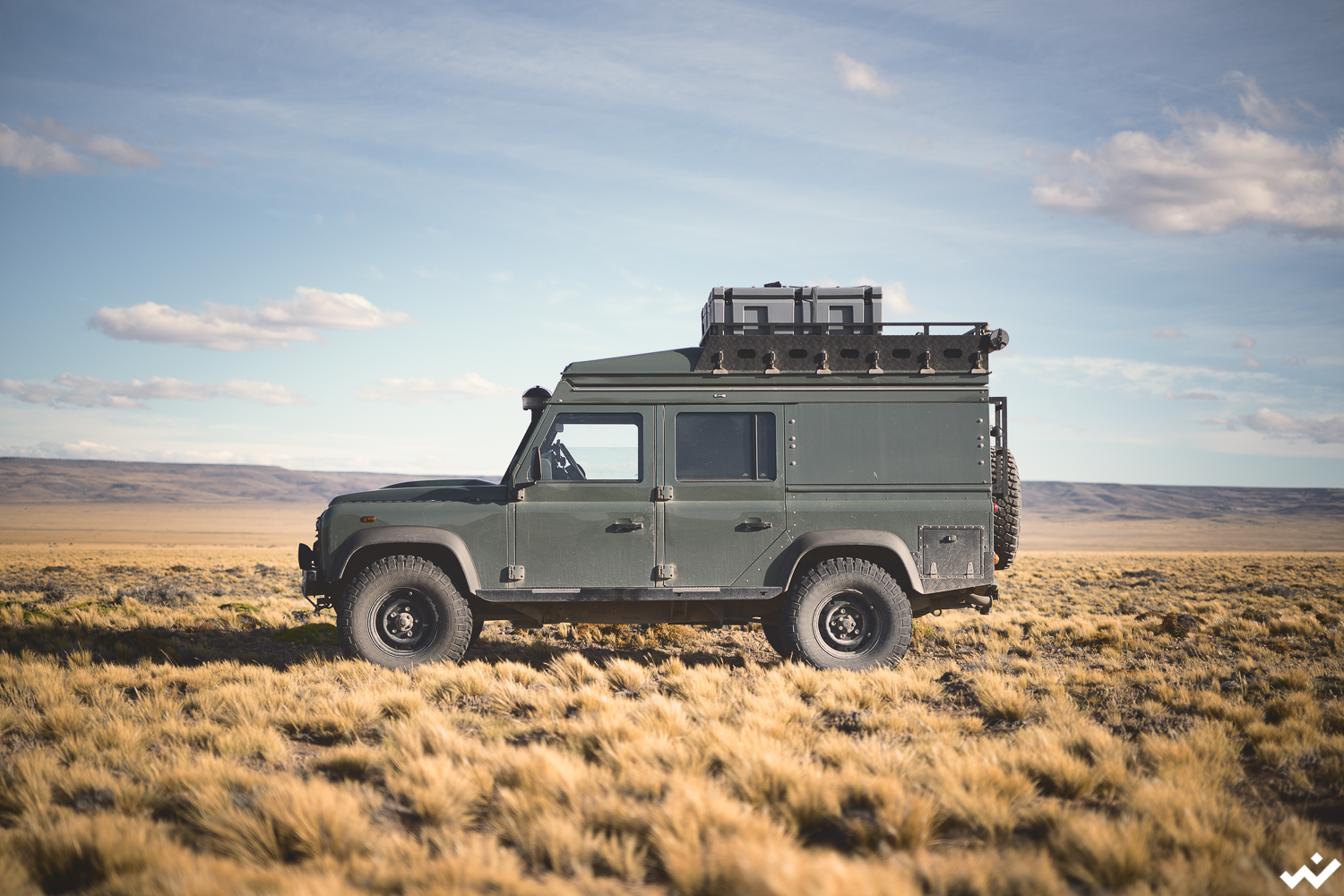 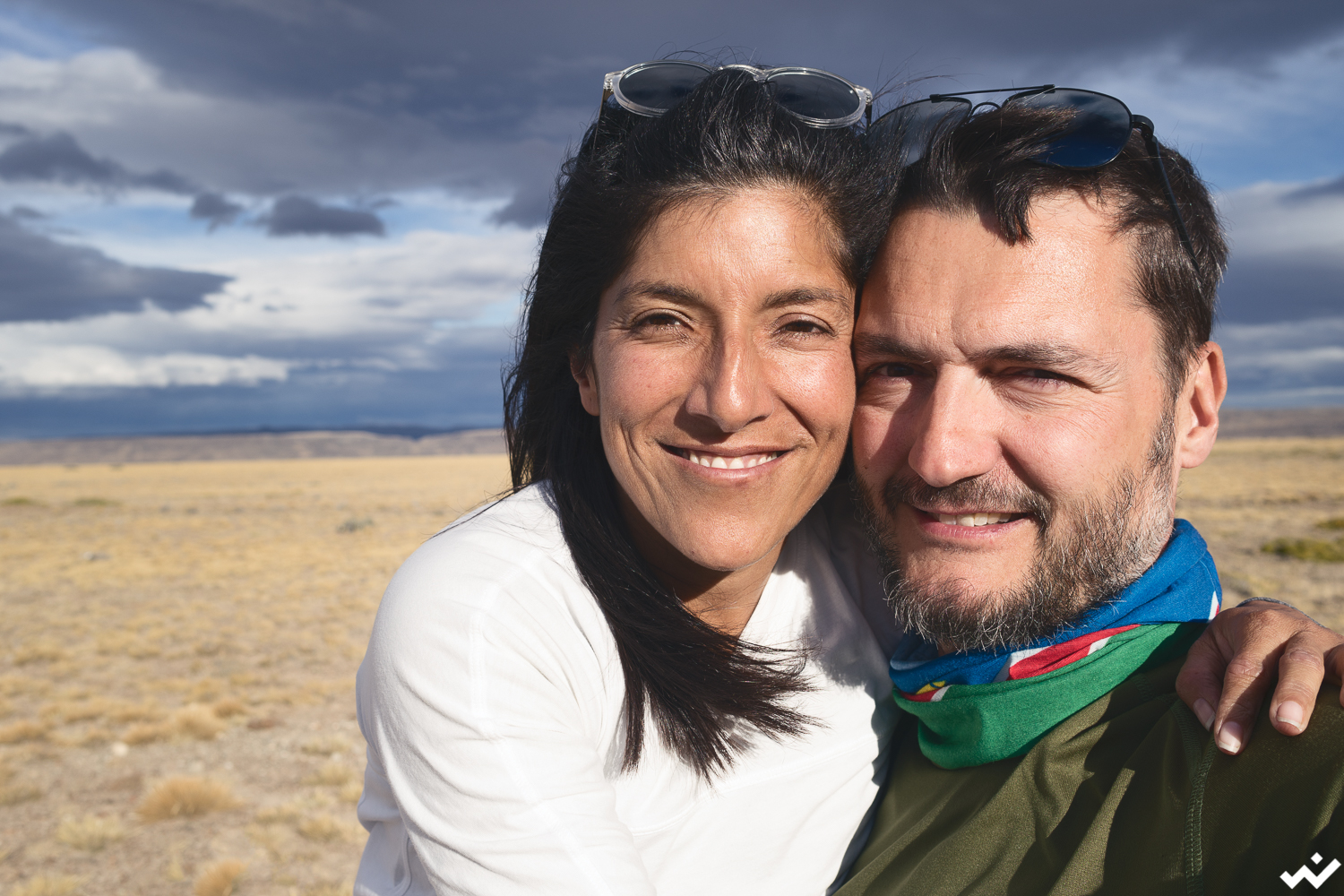 We proceeded further south to the hiking mecca of Parque Nacional de los Glaciares with the Fitz Roy, an armadillo and a whole load of tourists in their rental cars who feared for their cars on the worst stretch of the Ruta 40 that was neither gravel road nor track anymore. They kept telling Humphrey that he should not be flying across the road at 80 km/h. But Humphrey can’t help himself. That’s his terrain, this is home for him. He basically flies across everything and everyone. 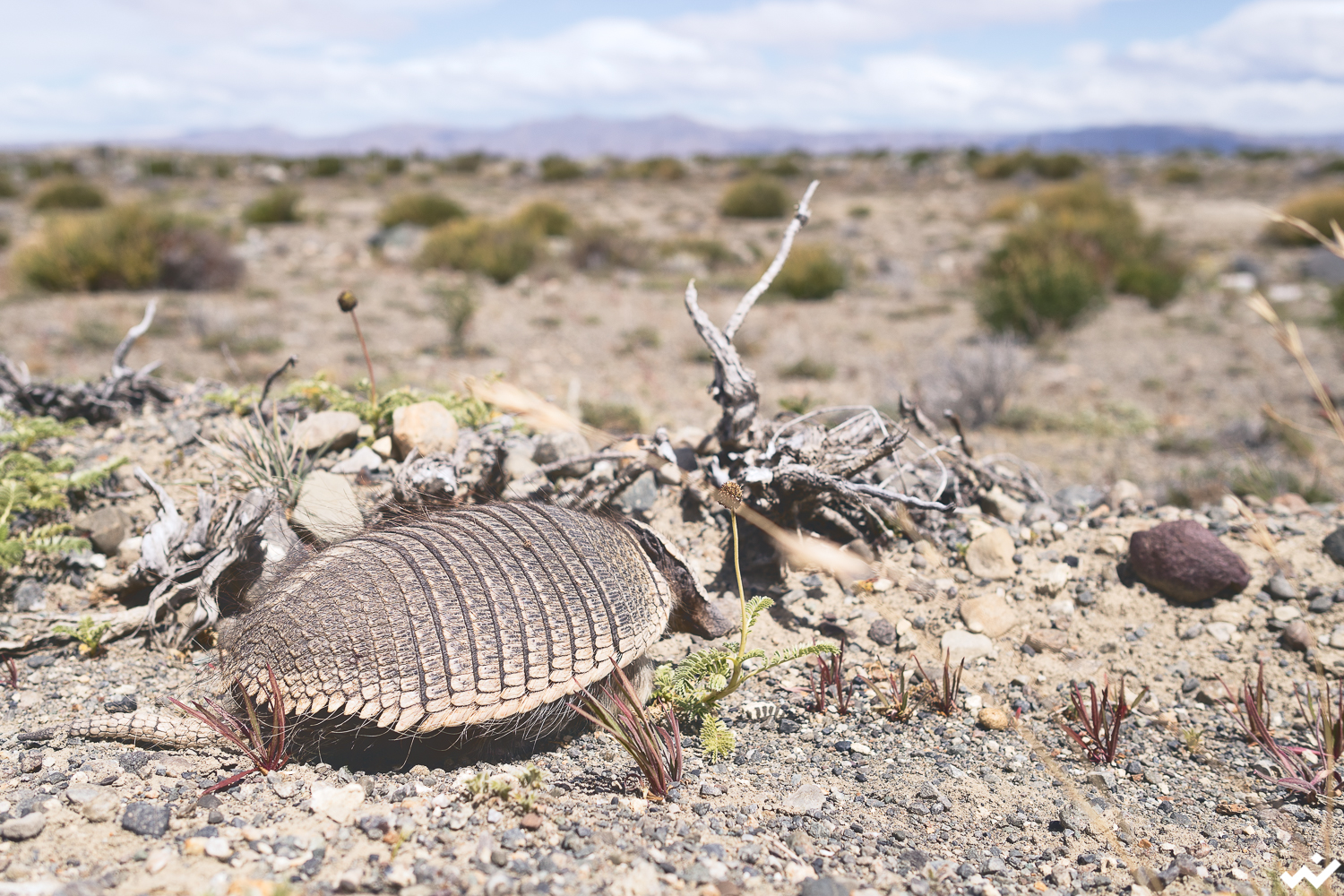 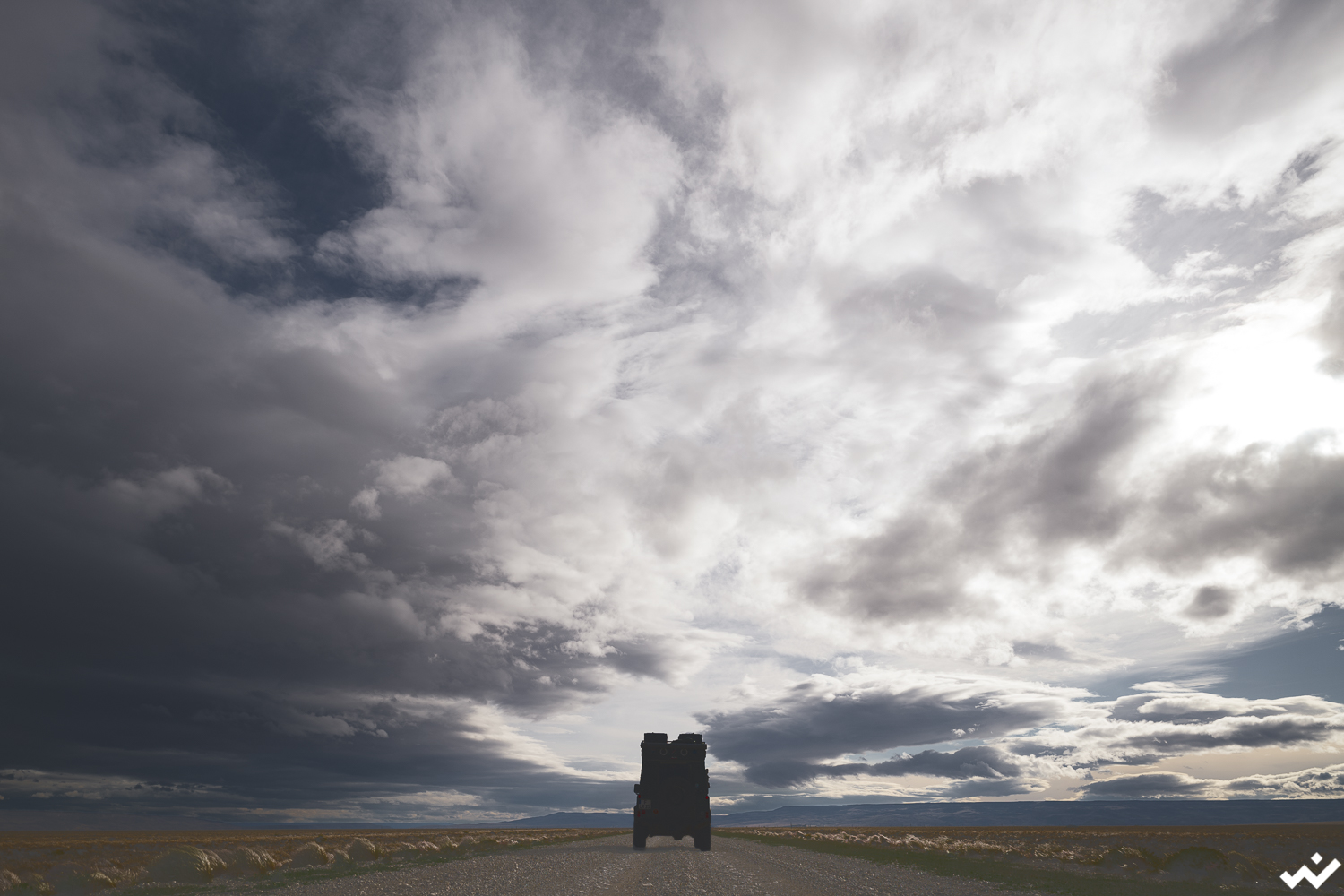 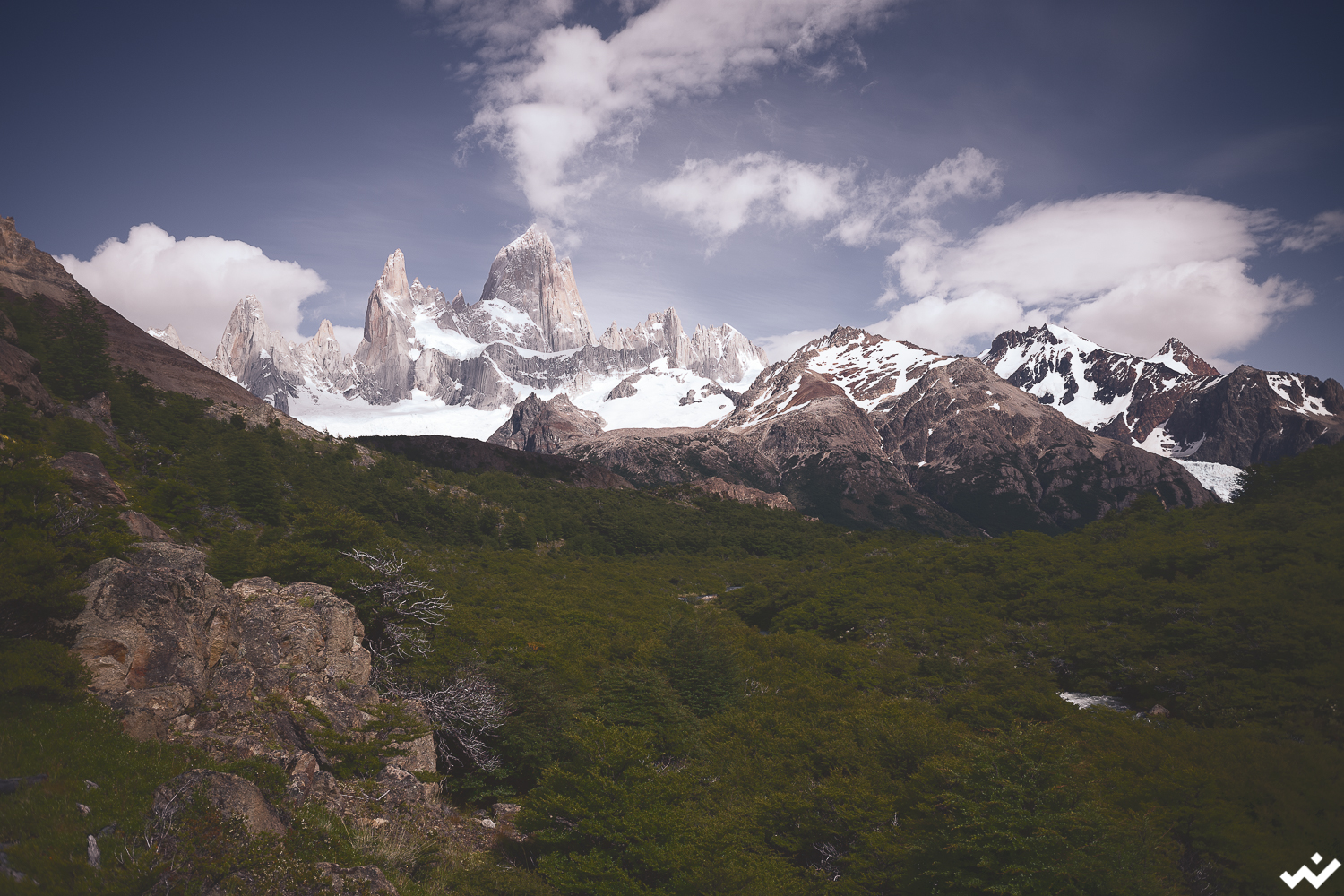 Despite this mecca being overrun by people and the Parque Nacional Torres del Paine being even worse, we felt in harmony with ourselves. The landscape is truly epic and we could not help ourselves but to stop every couple of meters, get out of the car, run up a hill, enjoy the view, lean into the wind, breathe, smile and just enjoy the majestic scenery. We’d love to pack this up and take it back home, just to be able to look at it again every now and then and get this feeling back. 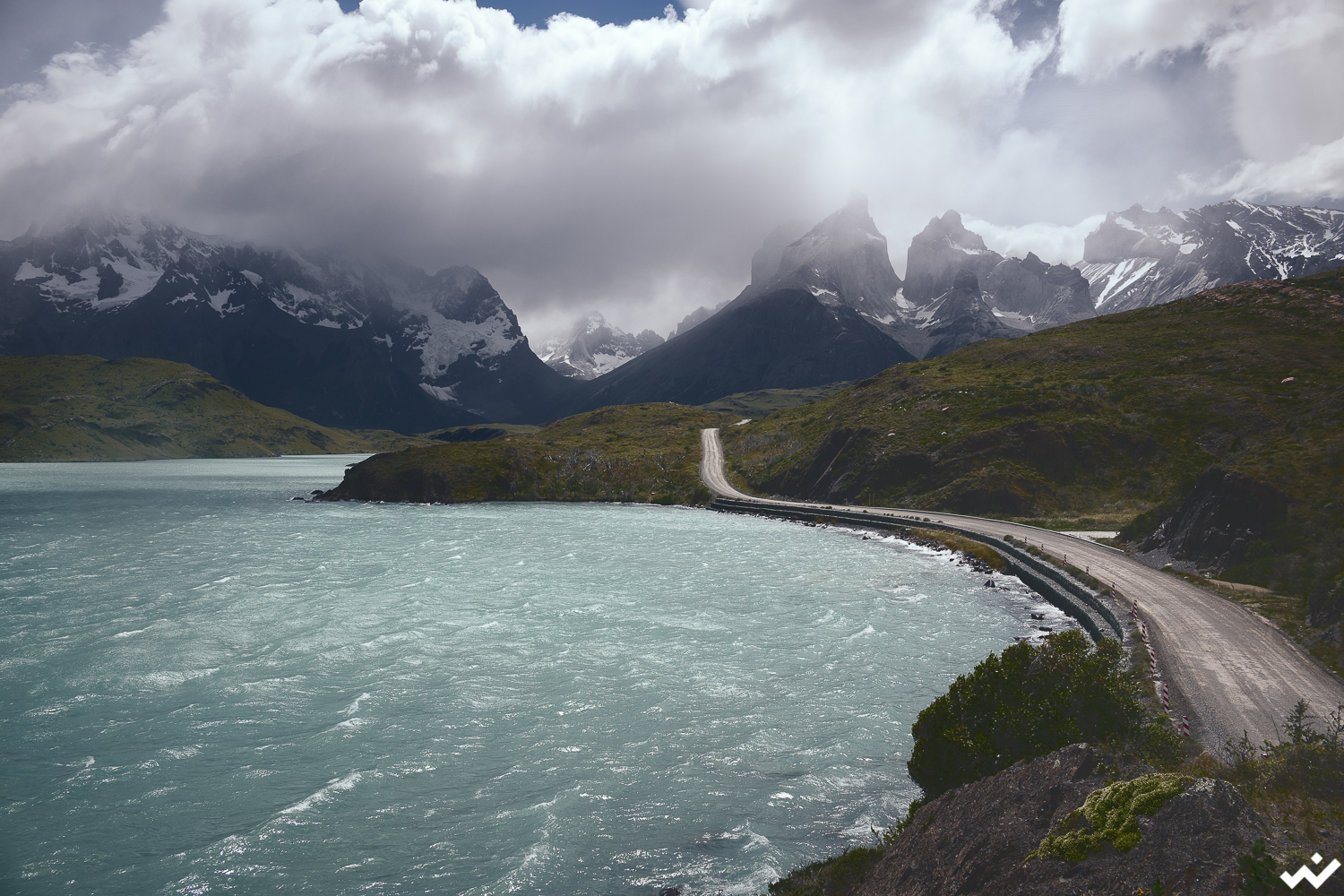 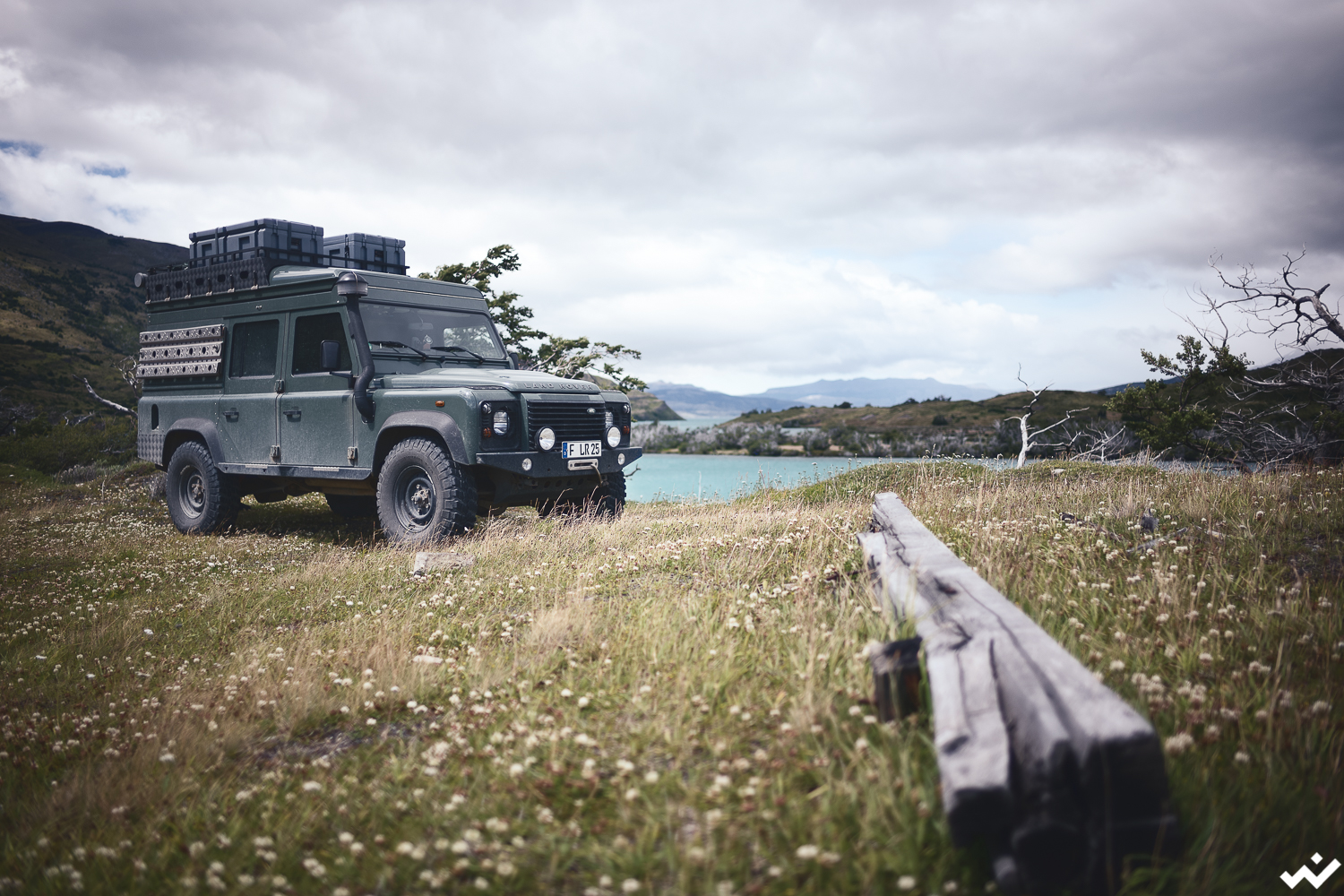 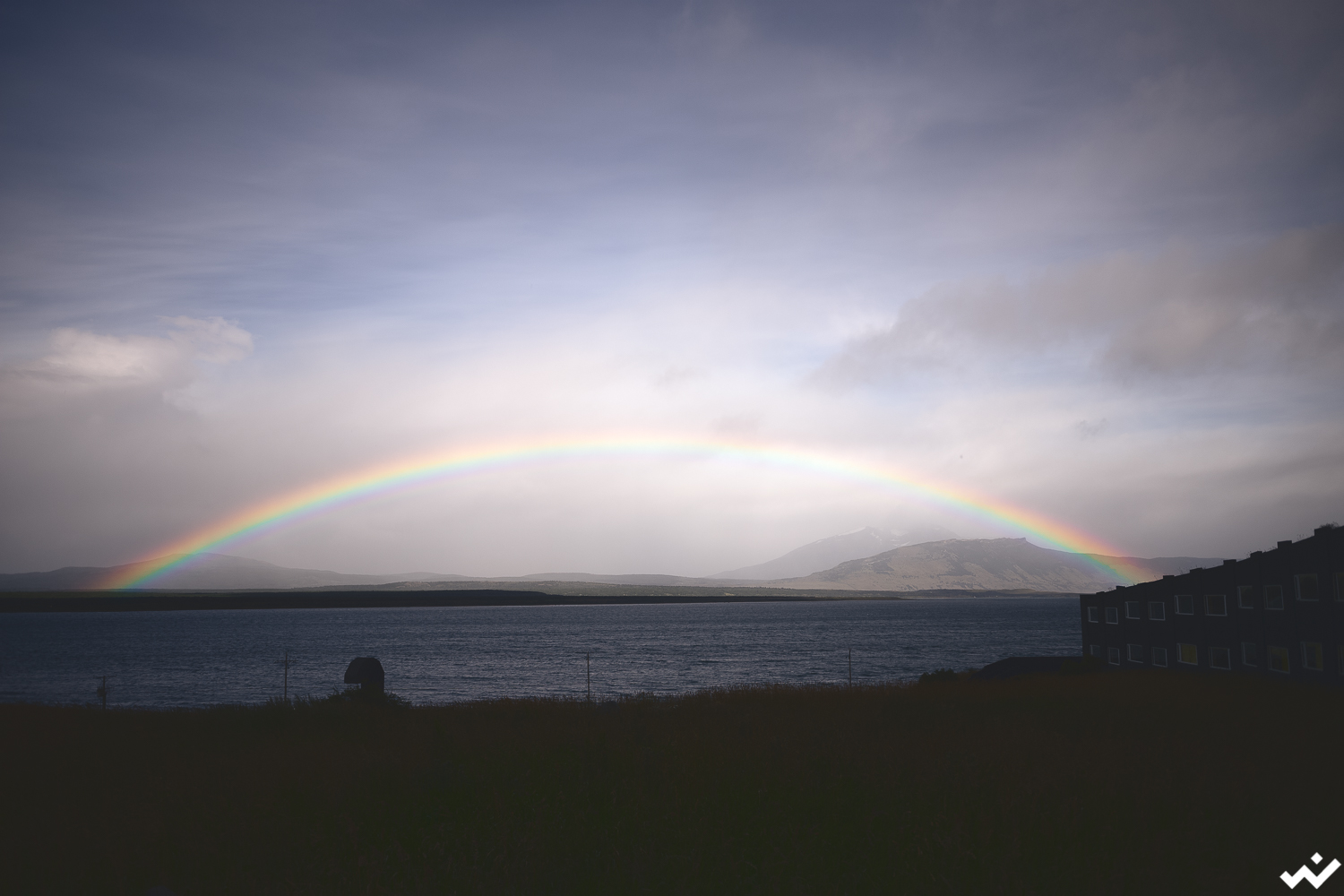 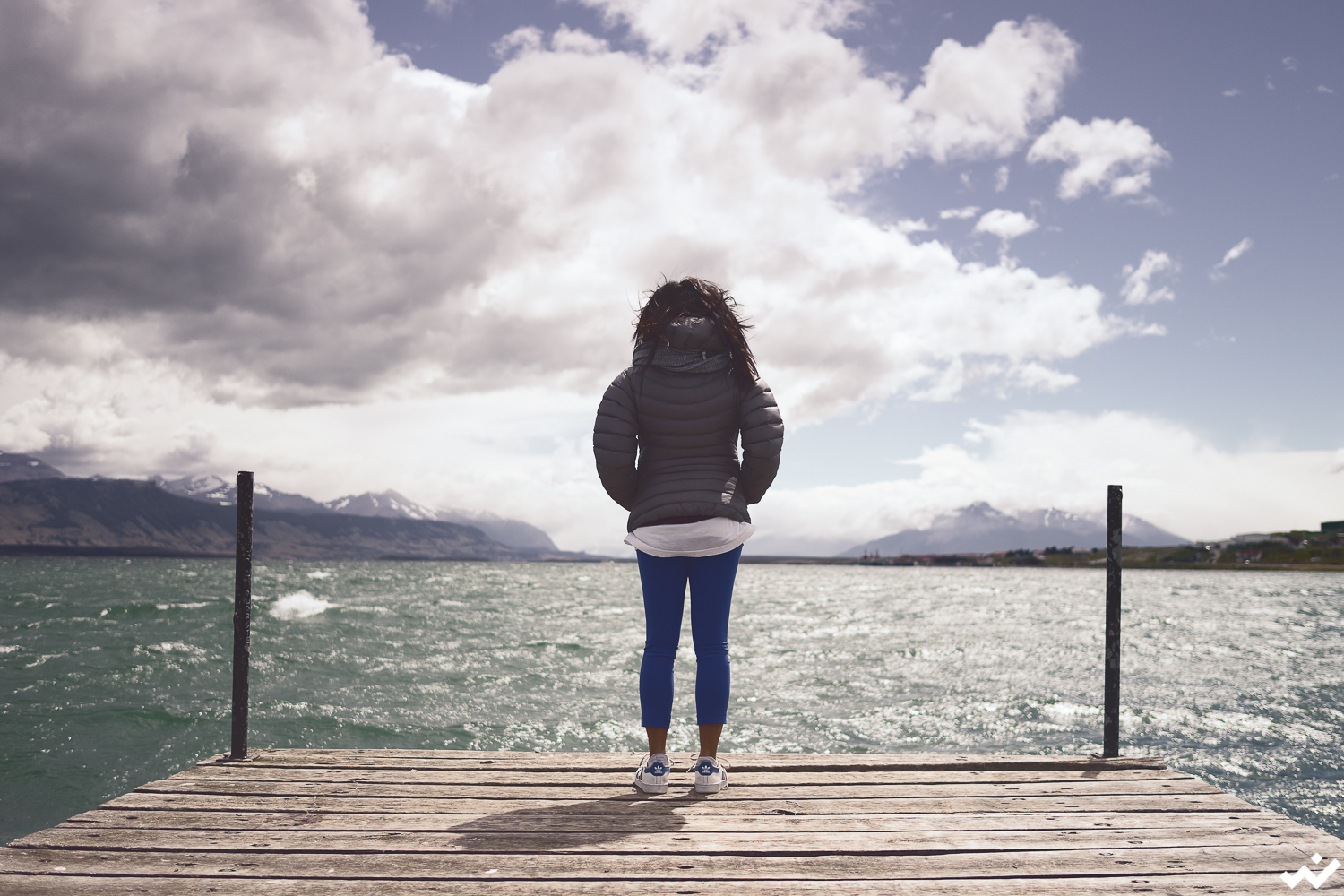 And then there is the wind that dominates everything. Sometimes your friend and helping hand when the sun is burning down on you and it offers cooling. Sometimes your opponent when blowing from the front and you need double the power to move forwards. Sometimes your enemy when ripping the car door from your hand, stealing the road map from Humphrey, luckily dropping it again a couple of meters further for us to collect it. Sometimes your torturer when it tries cutting off your legs when forcefully shutting the back door of Humphrey while you are letting your legs hang out. And sometimes your annoying companion spilling the coffee or smashing the muesli bowl in the door. The list is endless. In the end the wind is a funny side effect just as the weather is always the weather. 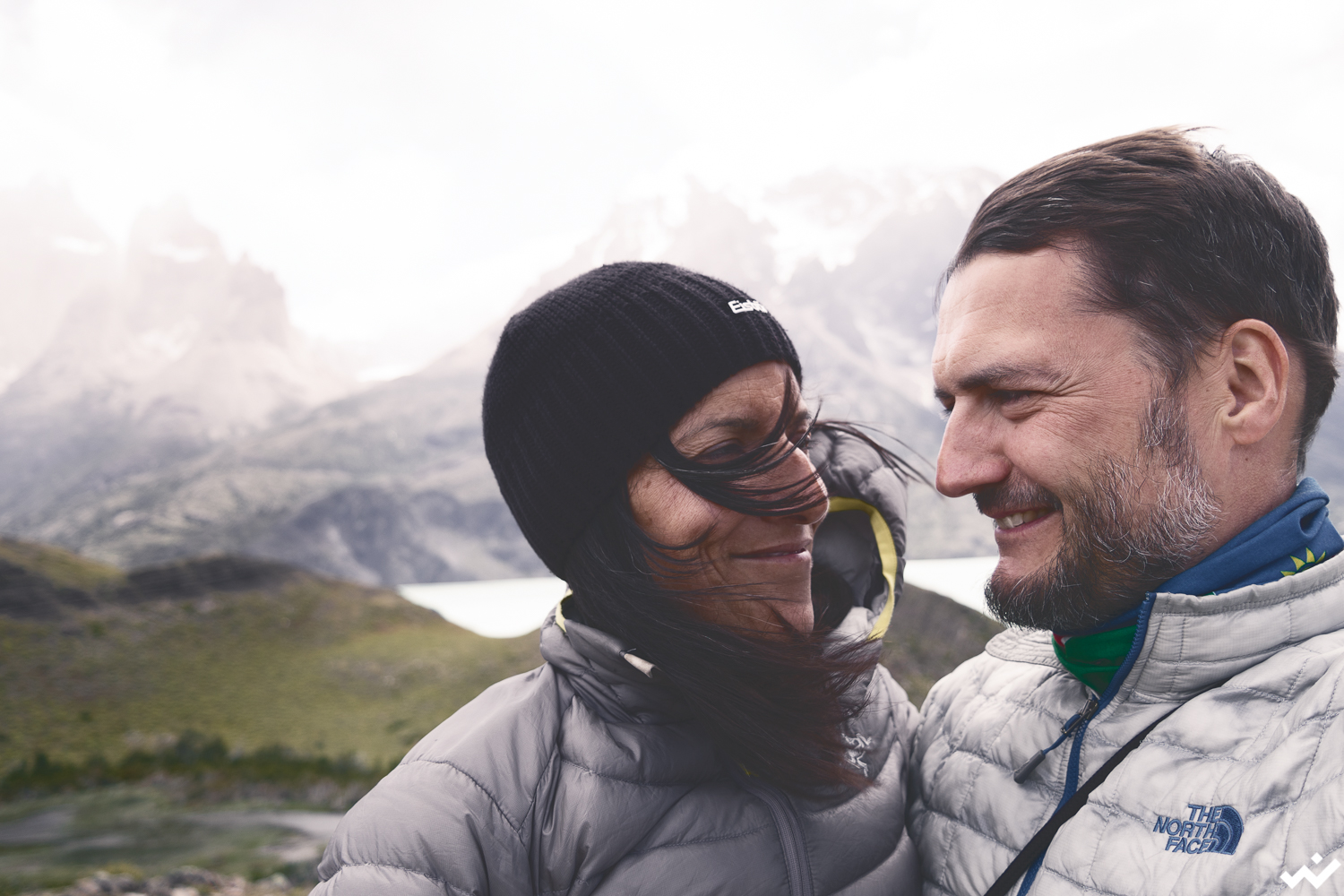 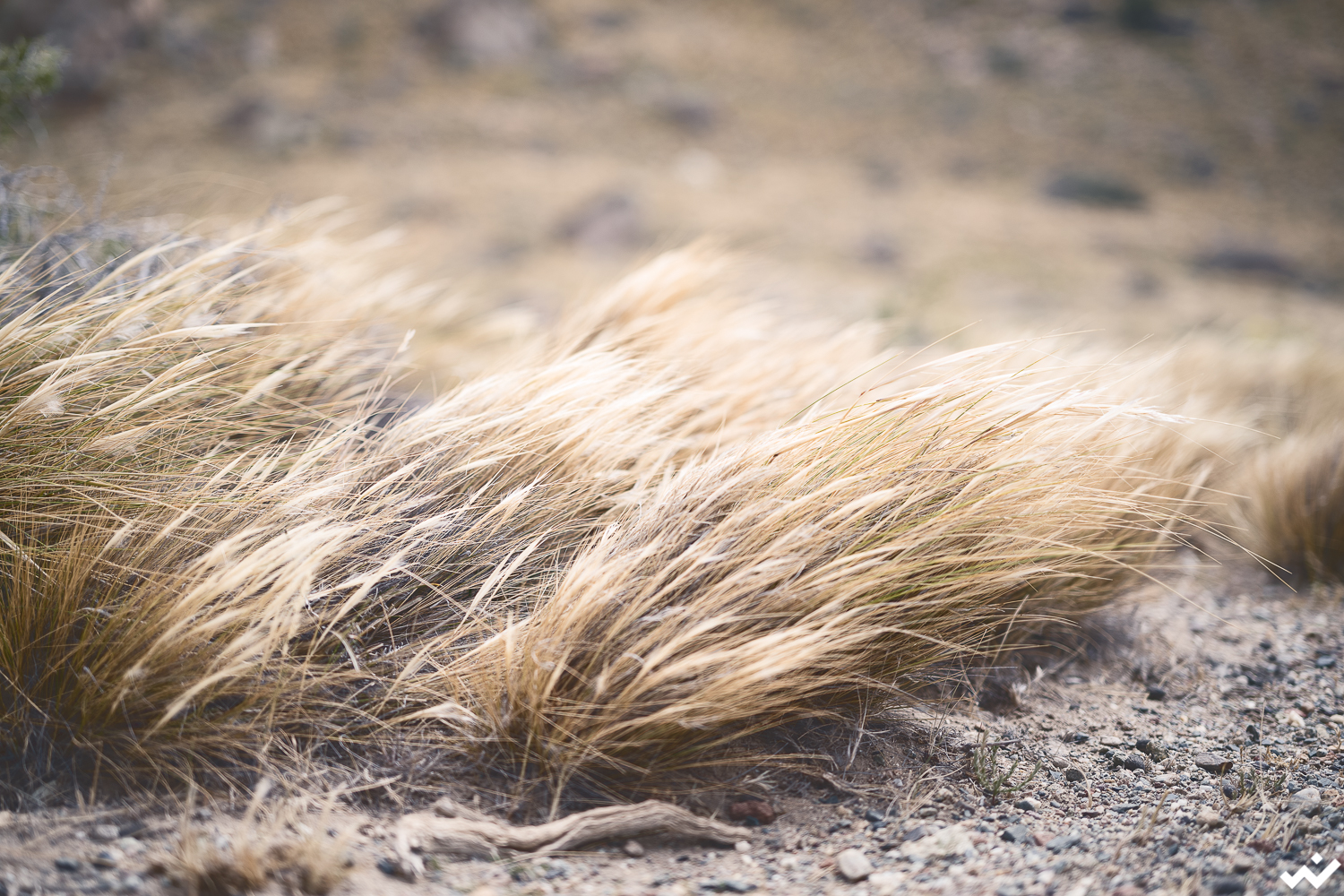 Obviously we trotted up and down the hills and mountains, with the masses. But this is covered in a separate post showing you more of this beautiful landscape.

In Puerto Natales (just south of Parque Nacional Torres del Paine) we reached the southernmost point of our journey with Humphrey and went back via the Ruta 40. We again turned off onto Ruta 41, this time to the west, towards Chile. On this route to the Paso Roballos once again we were offered solitude and an amazing scenery, turquoise lakes embedded in rough mountain landscapes, mountains streaked with copper and dried up lagoons where we got stuck. But Humphrey does not really care, does he? Get the spade out, put a couple of rocks under the tyres, let the clutch burn a bit and we carry on. 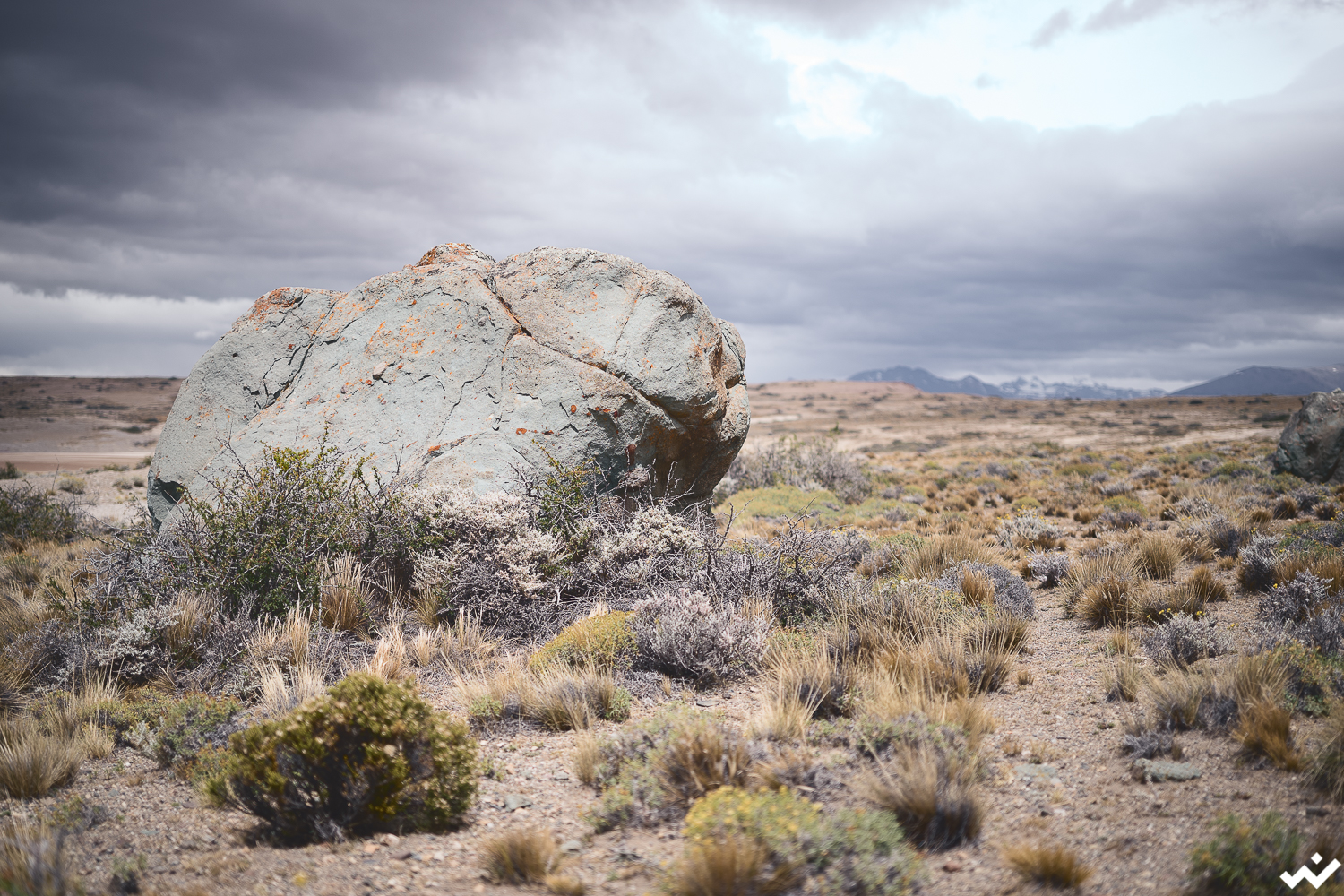 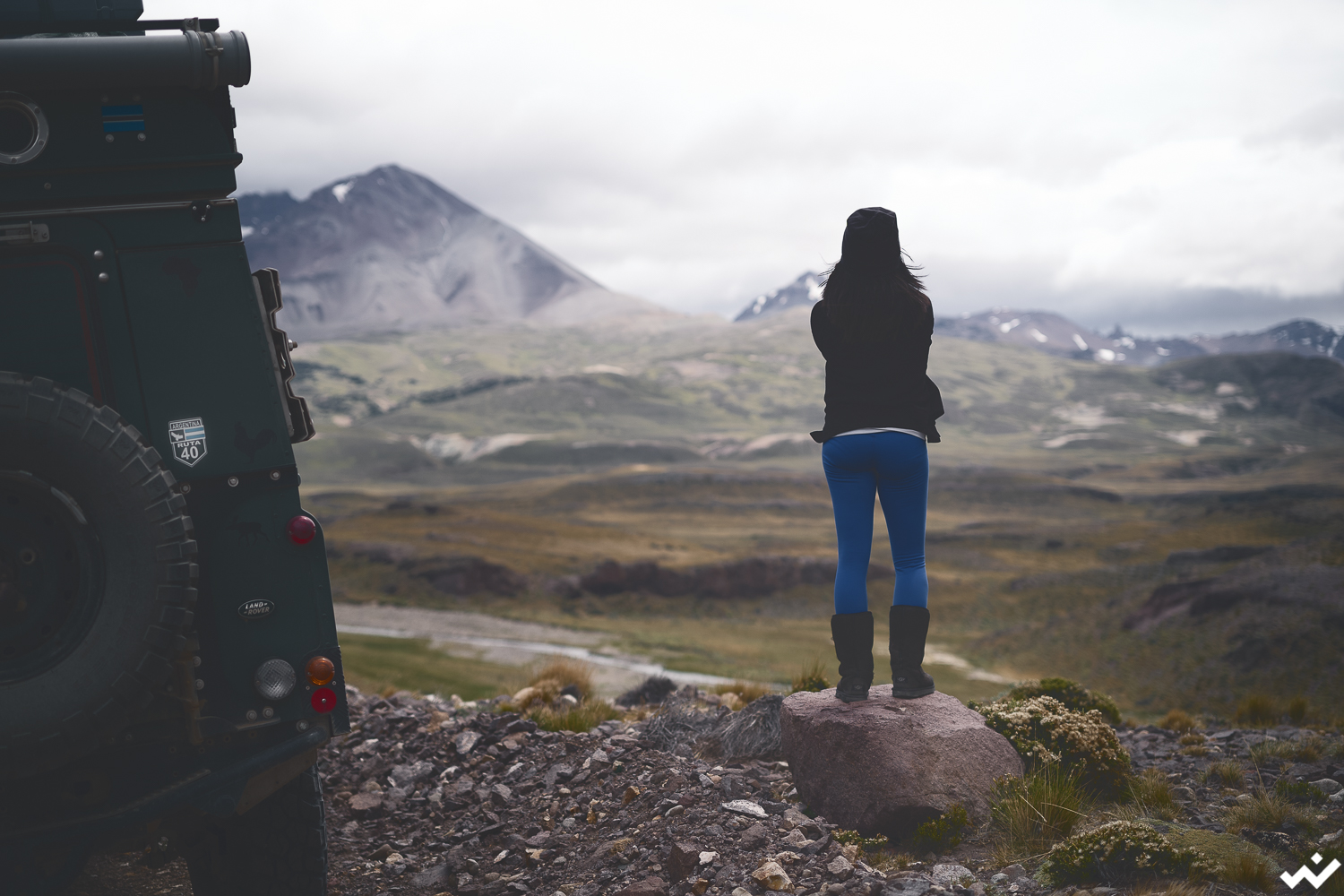 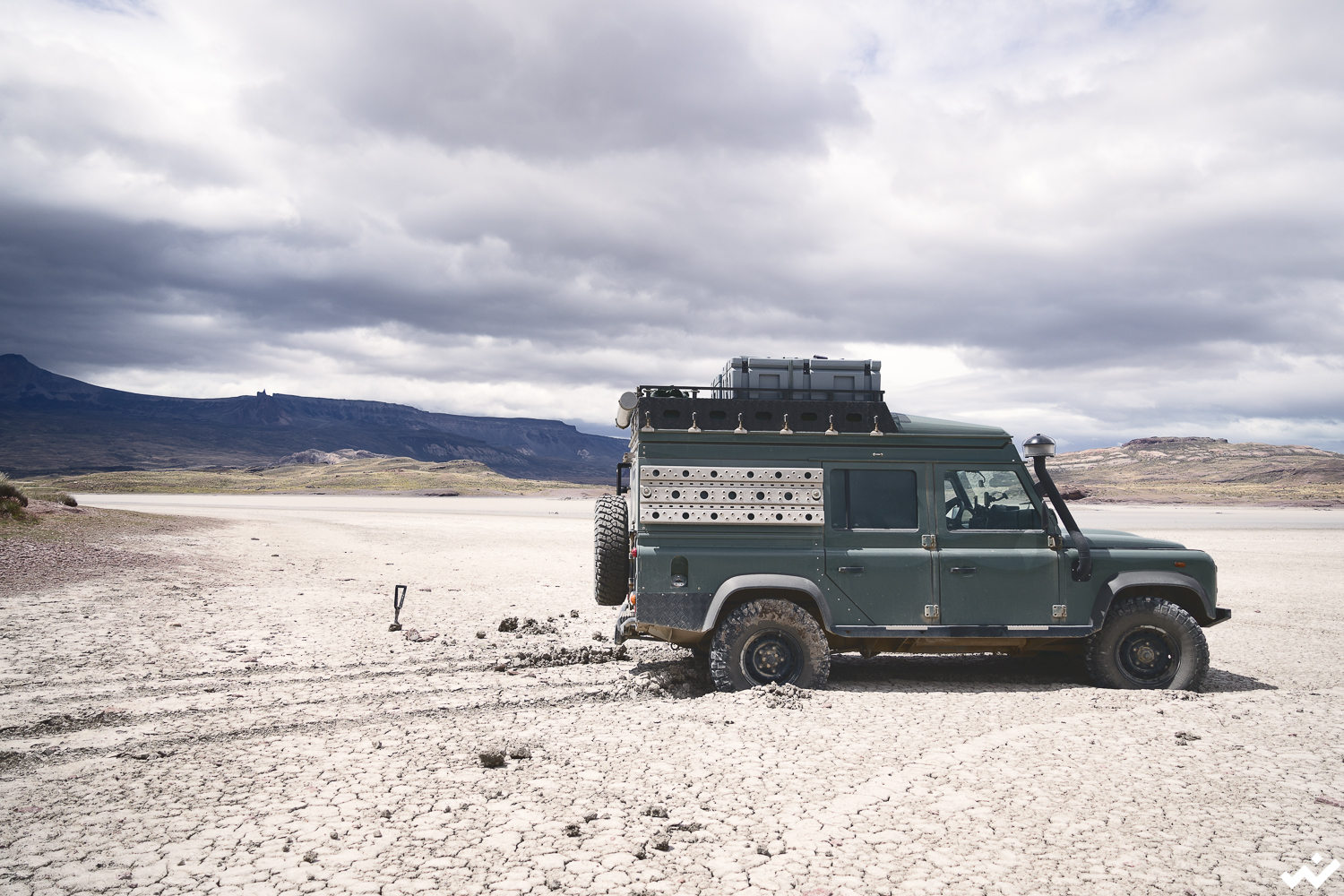 This is a fairly short summary of more than 3,500 kilometers traveling through Patagonia, listing a couple of highlights that barely can reflect our experience. We’d love to tell you more extensively about our experience and show you more pictures but we are so busy experiencing and trying to process that we feel we have way too little time, too little distance to reflect and appreciate everything properly. We are very full and very happy right now. 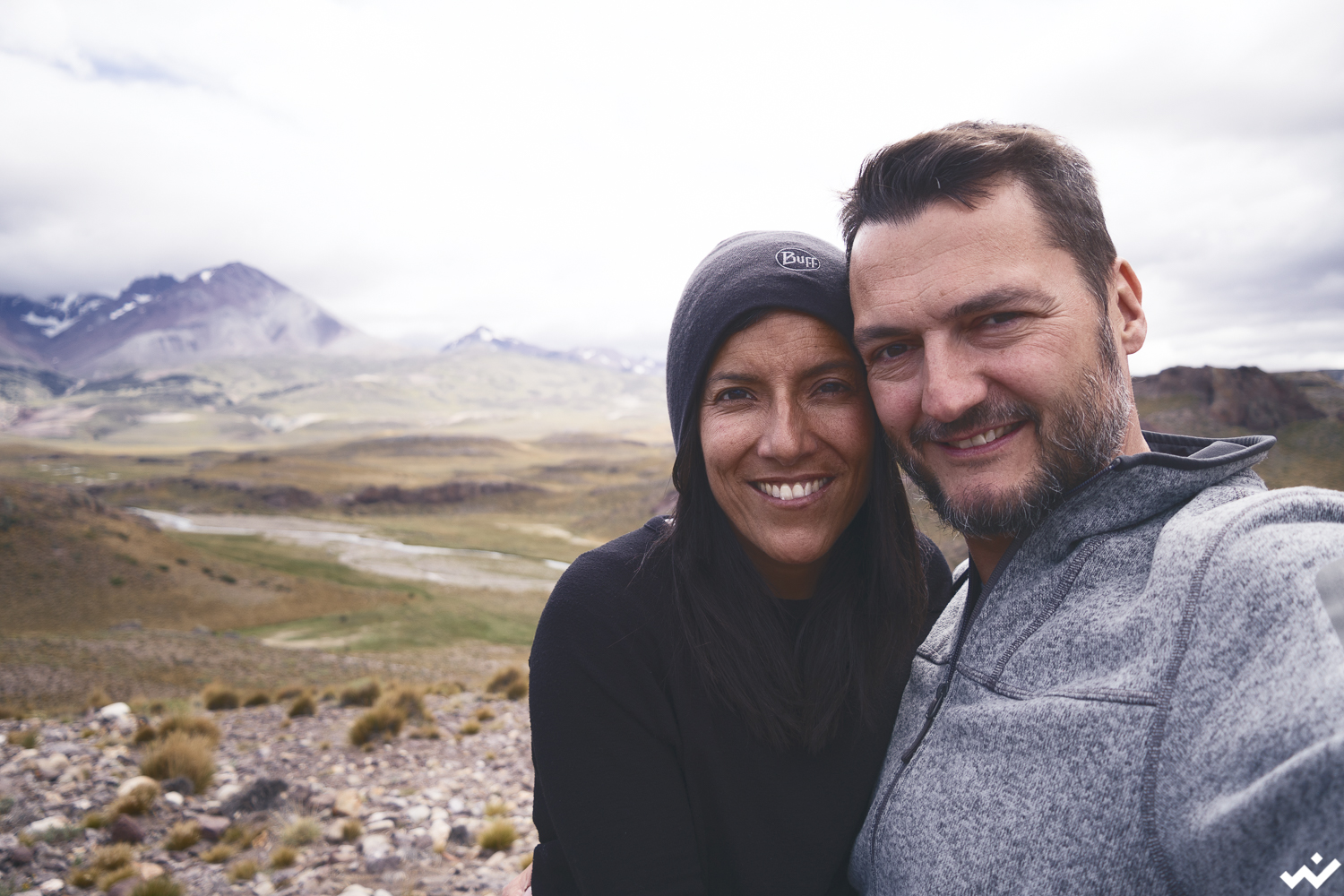